A couple of weeks ago, I released a book about my career as an entrepreneur: "Gebeten". 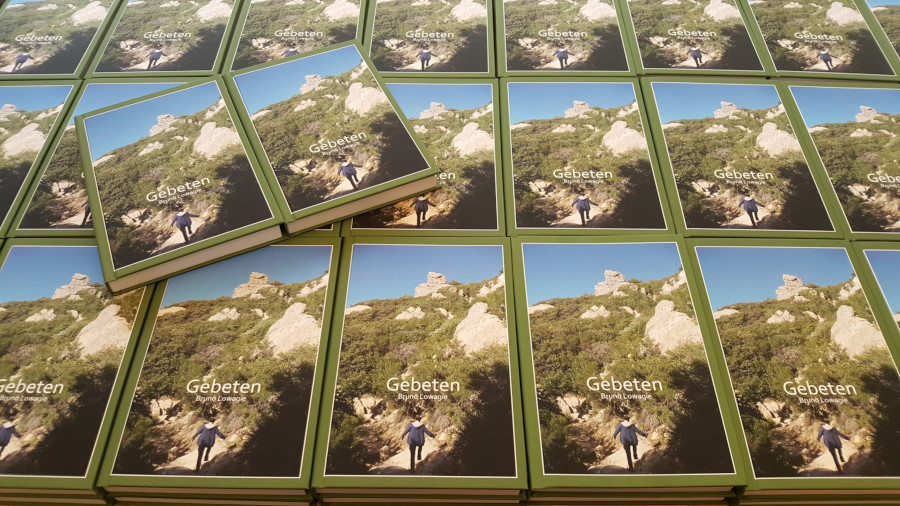 The literal translation of that title is "Bitten".

In Dutch, we sometimes use the word "Gebeten" when we want to say someone is "eager":

That's the positive use of the word. Obviously there's also a negative connotation:

The book was well received. People tell me it's a page-turner; it contains a lot of tongue-in-cheek humor; it's (brutally) honest; it's educational if you're a starting as an entrepreneur, and entertaining if you're seasoned in business.

My American friends, former colleagues, business partners and even people I don't know, are now asking me: do you have a version of your book in English? If not, will you translate it?

First of all, let me explain that it wasn't my initial intention to sell the book online. In the past, I've given plenty of talks at events and guest lectures at (University) Colleges. With the book, I wanted to be able to offer the attendees of my presentation something they can take home with them. Since I don't have a publisher, I can do with the book whatever I want. If a company in Belgium or The Netherlands invites me to give a talk for its customers, I can easily use a print-on-demand service to create a "branded version" of the book, e.g. with the logo of the company on the cover and some information on the pages that I intentionally left blank.

That was my business model for my book: having companies and organizations buy my books to give them to the attendees of events they organize with me as one of the speakers.

COVID-19 didn't agree with my business plan: all speaking opportunities were cancelled, most of them until the end of the year. That made me decide to go for a "soft launch" of the book. I ordered 50 books and they were sold within a week. After the first reader reviews, I had more demand than supply, so I ordered 50 more, and then 50 more.

I chose to release the book in a hardcover edition only, making it a collector's item. I manually sign every copy that is sold. I didn't spend any money on marketing; I'm counting on word-of-mouth. That also allows me to keep up with the distribution. If everyone started to buy the book at the same time, I would have "scaling problems" —a topic that is discussed in the book ;-) 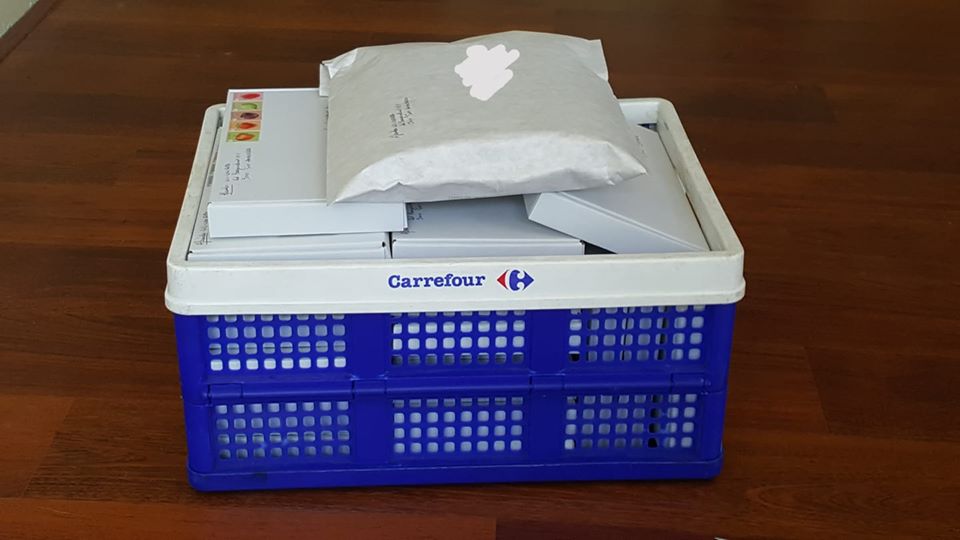 I wrote a couple of books for Manning Publications a decade ago. With "Gebeten", I'm going through the process of making a book from start to end, including the distribution. I package each book, put stamps on the package, and I bring it to the post office myself.

This way, I get to learn the added value of having a publisher.

I did consider writing the book in English from the start, but I judged against that idea for several reasons.

In August 2019, I contacted three Flemish publishers, explaining my idea for the book. Not a single one of them was even remotely interested. I knew in advance this would happen. Flanders has a population of about 6.5M inhabitants. With a market that small, publishers don't like to take the risk of publishing a book by an author they don't know. I tried my best; my New Year's resolution for 2019 was simple: I promised myself that I would win at least one writing contest. Eventually, I won three first prizes, and several of my stories got published in anthologies (see the list in Dutch). Unfortunately, my stories didn't impress any Flemish publisher.

The effort of participating in writing contests wasn't lost. Last year, I wrote at least one short story each week. I created a calendar listing all writing contests in Dutch, and every week, I submitted a story for the weekly writing challenge on schrijvenonline.org (see the list in Dutch). Why? Because writing is like a sport: you need training if you want to succeed. I bundled some of my stories in "Oceaanwees" which is a book that I refer to as "an interesting failure". The quality of the stories in that book varies from pretty bad to surprisingly good. You can almost see how my writing skills evolved over the span of the year. Without that interesting failure I wouldn't have been able to write a book that some of the readers of "Gebeten" describe as a "page-turner".

I didn't know in advance how the book would be received, and although some people look at me as someone who has taken huge risks throughout his career, I'm actually quite risk-averse if you get to know me better. I told myself: if I write a book and it fails, it's better to fail in Belgium before an audience of a couple of hundred of readers, than to fail internationally in front of several thousands of readers. That was one of the major reasons why I chose to write "a first version" of my story in Dutch. Now that it has been released, I'm happy to see that the book gets quite some positive reviews on social media. However, I also receive excellent feedback privately about parts in the book that are too long —because there's too much detail— and parts that are too short —where more explanation is needed. That is useful information once I start writing the English version.

Such an English version won't be a translation of the Dutch version. The current book contains some fragments that are fun to read for a Belgian audience, but that aren't relevant for an international audience. E.g. a list of Belgian married couples that are also successful as entrepreneurs, an anecdote about the origins of the Belgian Telco Telenet. Why would an international audience be interested in such "petite histoire"?

I am currently "training" to write an international version in English. No more Dutch schrijvenonline.org for me; I switched to submitting a story for Reedsy every week and for the Furious Fiction contest every month. In only four months' time, I reached the top 20 on Reedsy's leaderboard; in one year time, I made the Furious Fiction long-list three times. I'm very proud of some of the stories I wrote; I admit that other stories are really bad (check out the list). In reality, I don't care if those stories are good or bad. What matters is that I have the discipline to write one every week, and that my writing skills in English improve by doing so.

All of this serves my strategy: I can prove that there's a market for such a book by selling the Dutch version in Flanders. The comments from readers on social media clearly indicate that I have a story to tell (and even more than one). My activity on Reedsy and Furious Fiction shows that I have the skills to write in English and the discipline to meet deadlines. What else do I need to convince an American publisher to work with me on an international version of "Gebeten"? One of my readers, Tjorven Denorme, already suggested a great working title to me: "The Accidental Entrepreneur".

There's always a backup plan. If I can't convince a publisher, I can write "The Accidental Entrepreneur" on my own, the way I wrote "Gebeten". I can print it using a POD service and offer it for sale on Amazon so that I don't have to care about packaging and shipping books myself. That would be fine too, but it wouldn't be the same.