It has been a while since I last shared sales numbers for my book Entreprenerd. The book was released in May 2021. I stopped marketing it actively and I assumed it didn't make sense to provide monthly updates now that I sell only a handful of copies a month. The start of a new year, however, justifies an update. 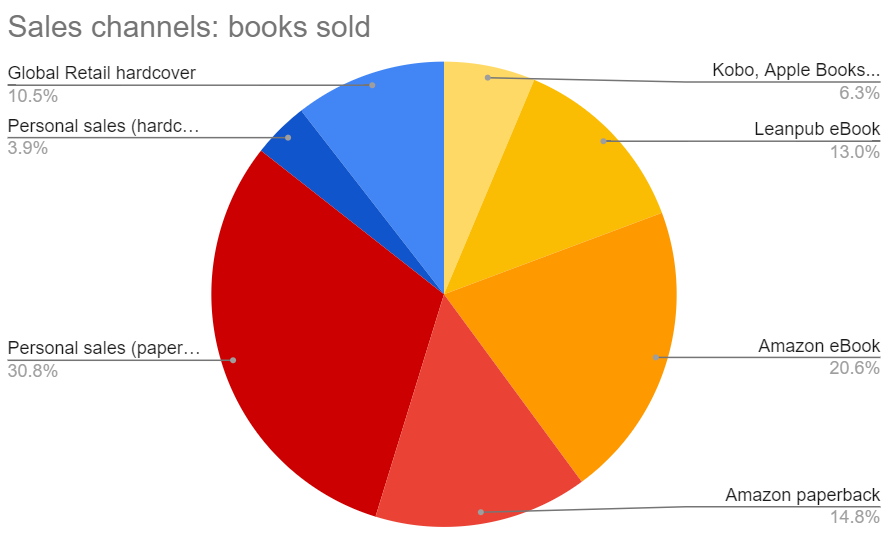 The average royalty I get for one copy depends on the format, the sales channel, and the price of the book at a specific moment. I aimed to make about 6€ for each sale.

This is a guestimate because I use a fixed exchange factors to convert amounts in foreign currencies to euros. Given the fact that I now get more euros for my dollars since I first started to sell the book, 4.350.02 is an underestimation, but you also have to take into account that some of those hard earned royalties are still not paid out because most of the channels withhold the money until a certain minimum threshold is reached. 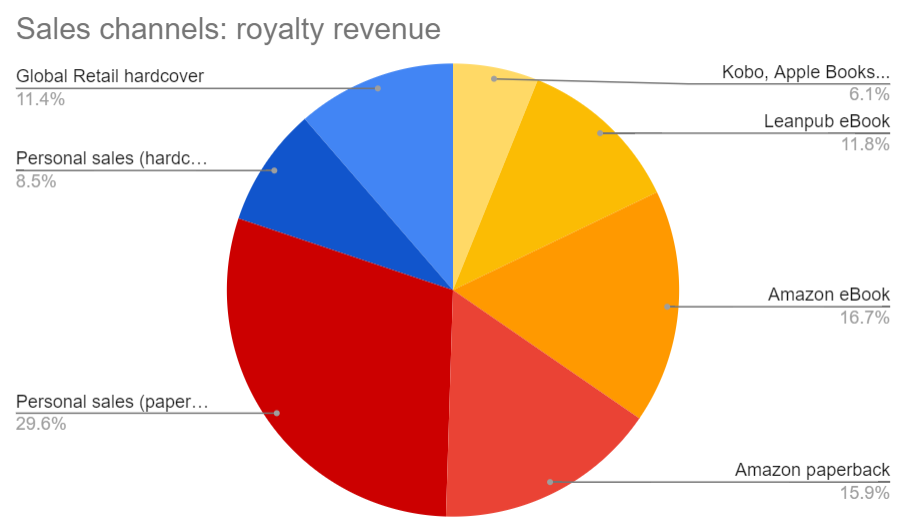 I can live with these results, but I must admit that I initially hoped to sell about 3,000 copies and make about 20K€ with this book. I based that target on the fact that I sold 12K copies of the first "iText in Action" edition, and 10K copies of the second edition. As a matter of fact, there are still people buying the second edition dating from 2010. If I succeed in selling an average of 5 books in the next 5 years, I might be able to reach 1,000 sold copies, but for now, I content myself with the fact that I received some great reviews on Amazon and Goodreads.