I entered my book Entreprenerd: Building a Multi-Million-Dollar Business with Open Source Software for the North Street Book Prize, but they received over 1,900 entries.

Writing contests in Belgium and The Netherlands aren't much of a challenge anymore for me. This year, I have already won:

In short: all the stories I submitted for a contest this year won at least a nomination. However, these are contests with 100 to 250 entries. The chance that I win a world-wide contest for which 1,900 entries were submitted is close to zero. Then again: you can't win a contest if you don't participate. Even having my book mentioned by the jury could result in a boost in sales and that would be great, because sales haven't been great lately: 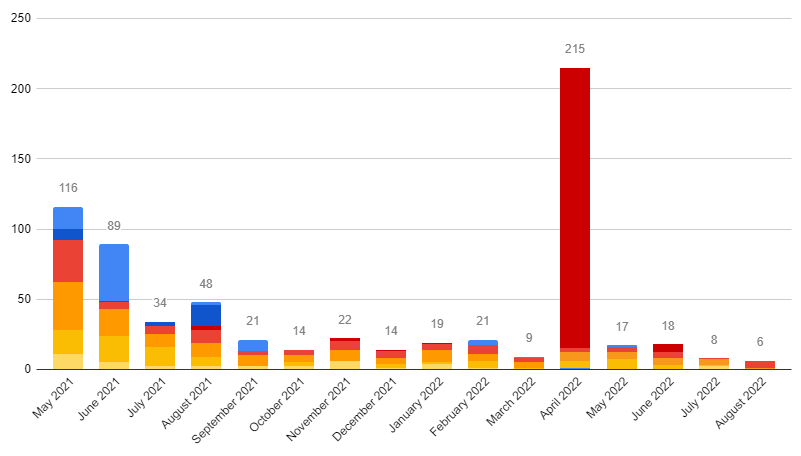 The revenue for the 6 books I sold so far in August is already higher than the revenue of the revenue I made selling 8 books in July: 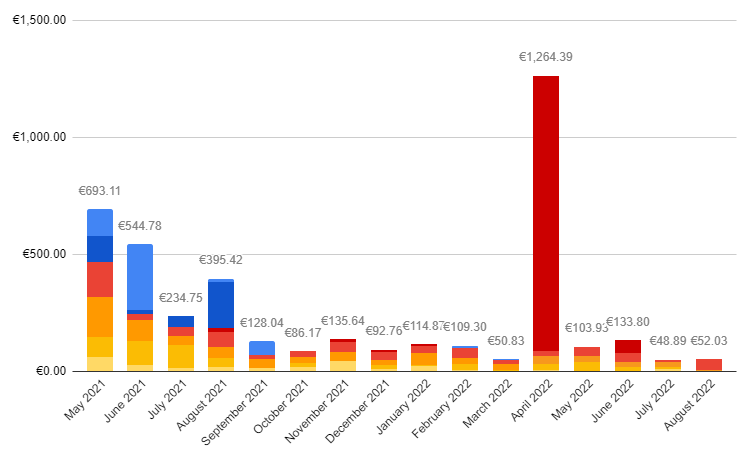 That's because I sold more paperback versions in August, and I make more money if people buy the paperback: 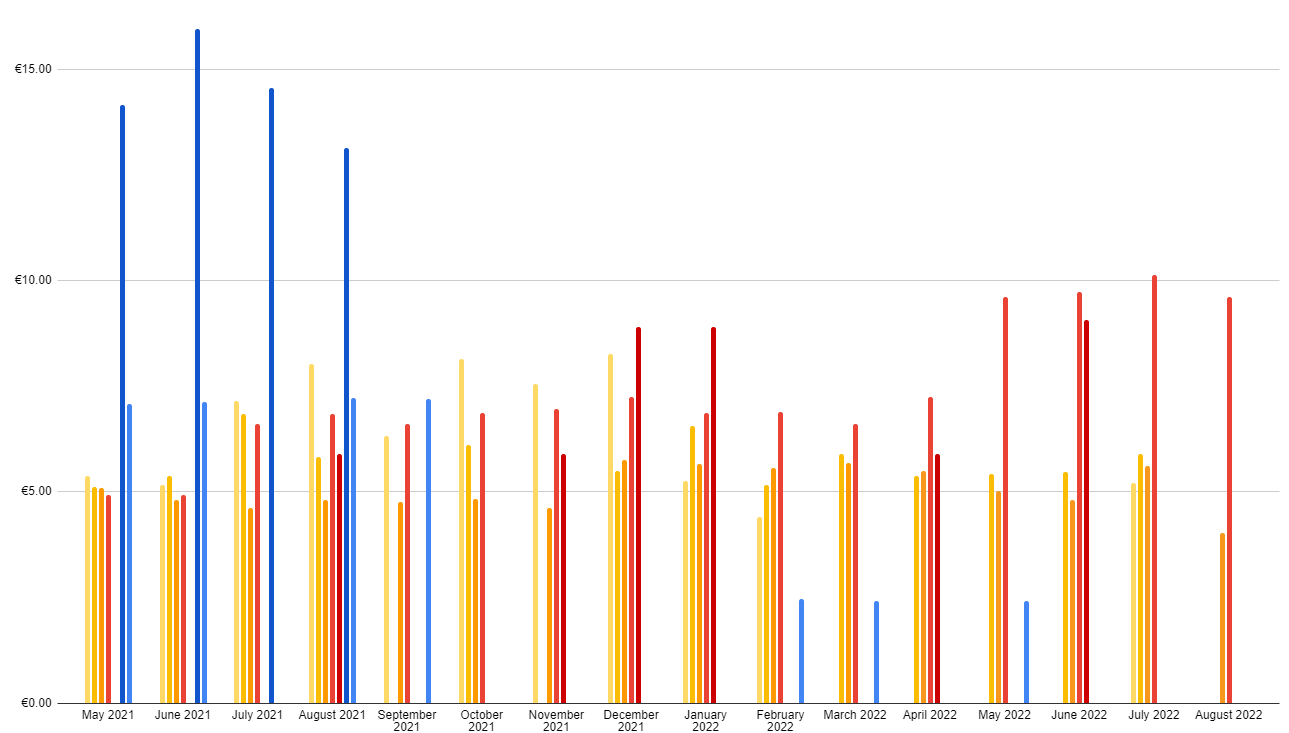 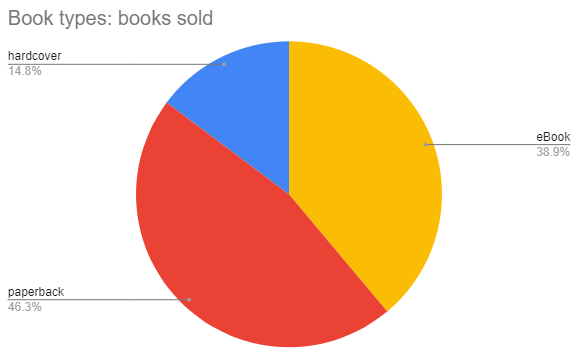 This is the same pie chart, now with more detail with respect to the sales channel: 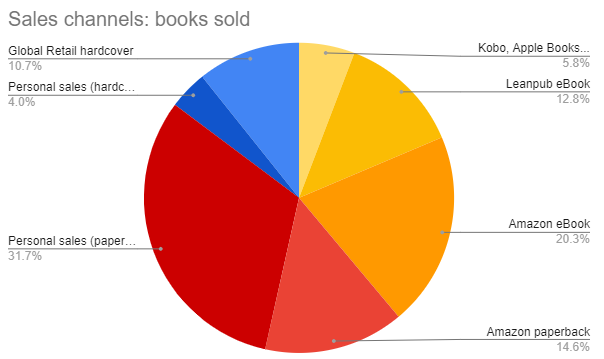 The previous pie charts were drawn based on the number of books sold, but let';s also take a look at the distribution of the revenue over these different channels: 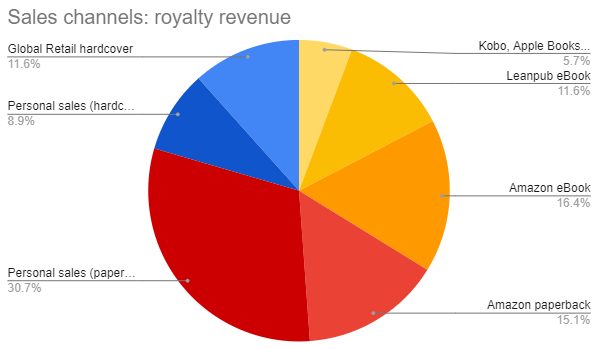 The estimated total royalty revenue is now 4,172.50 euro, but that's only an estimate. On the one hand, I am now getting more euro's for my dollars (in my spreadsheet, I use a fixed exchange rate to convert dollars into euros); on the other hand, I still have plenty of unpaid royalties.

I'm still about 2.200 euro away from breaking even with the book.