Just like last month, I saw some sales of the hardcover version of my book Entreprenerd on my affiliate accounts, but those sales don't show up on my Ingram Global Retail Network reports. I have to assume that some central book distributor bought a stock that hasn't been expleted yet. Since October, I've only sold paperbacks and eBooks. When compared to December (14 sales), sales went slightly up in January (19 sales), but I expect them to go down again in February. Halfway February, only 6 copies were sold. 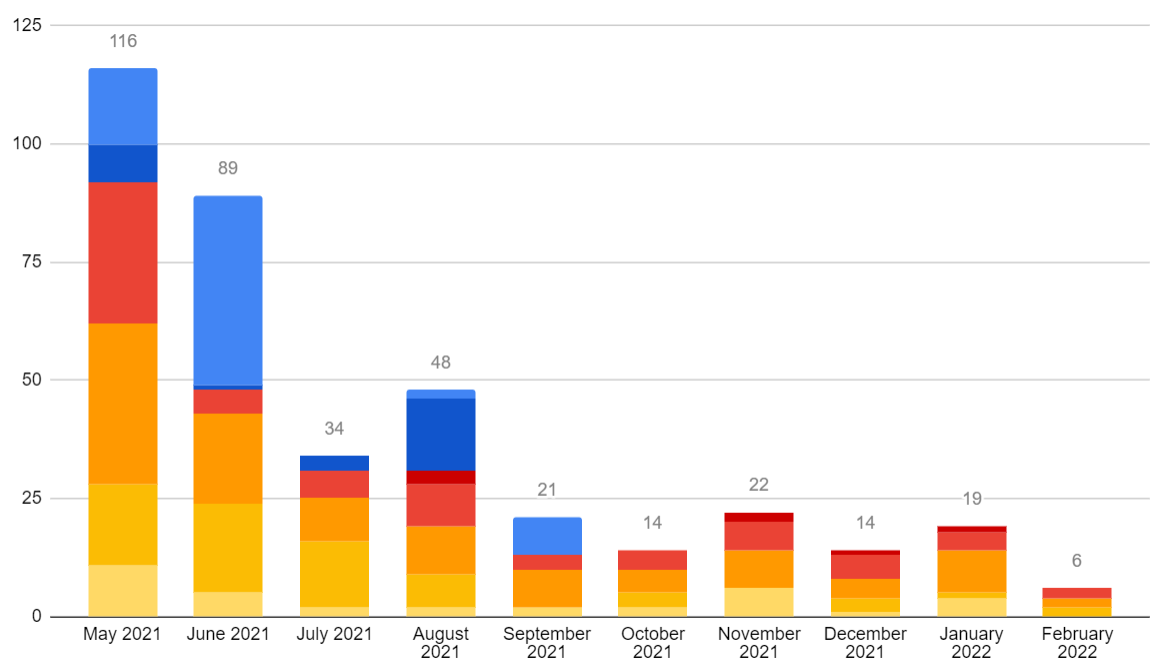 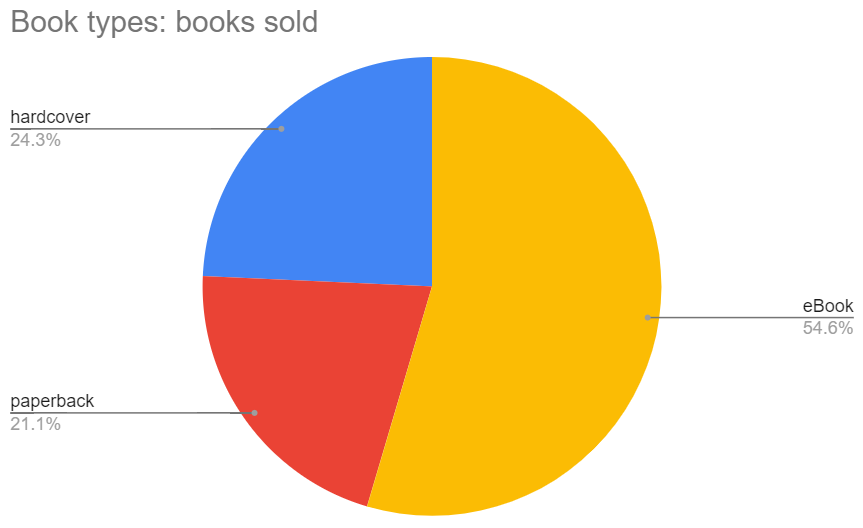 Sales through Amazon have grown from 46.5% to 47.5% of the total number of sales. I would prefer people to buy the book through other channels, but it is what it is. 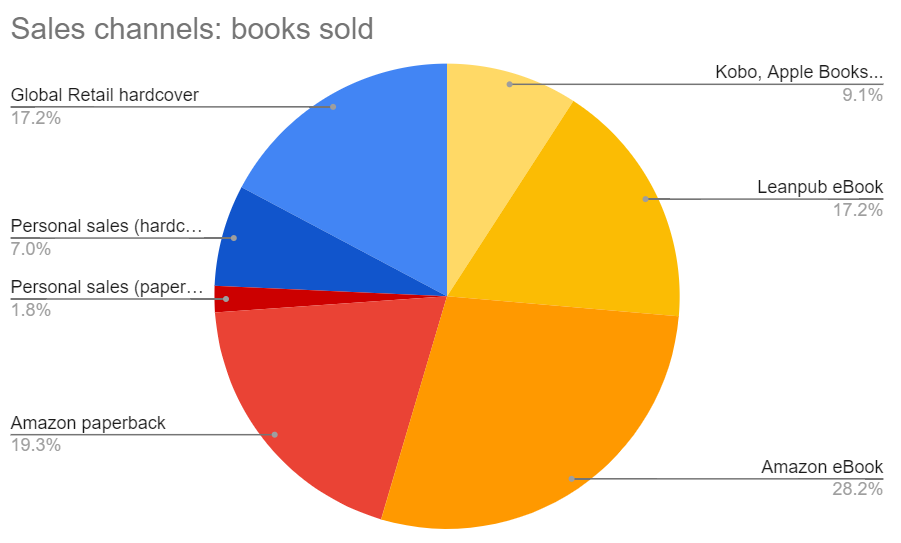 I've tried inviting people to buy the book through other channels, by reducing the price on those channels, but readers are willing to pay extra in exchange of the convenience to use their Kindle.

The next chart combines the information of the previous two charts. It shows the royalty revenue distribution by channel by month. 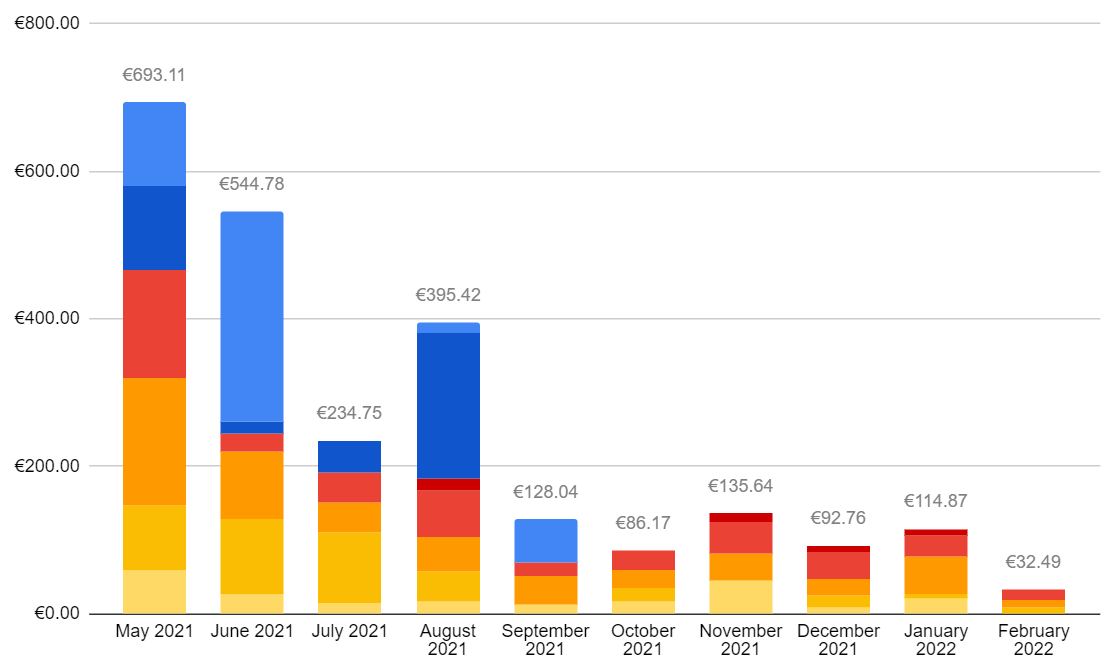 Although Amazon is responsible for 47.5% of my sales expressed in numbers of copies, it only accounts for 39.6% of my revenue in royalties. 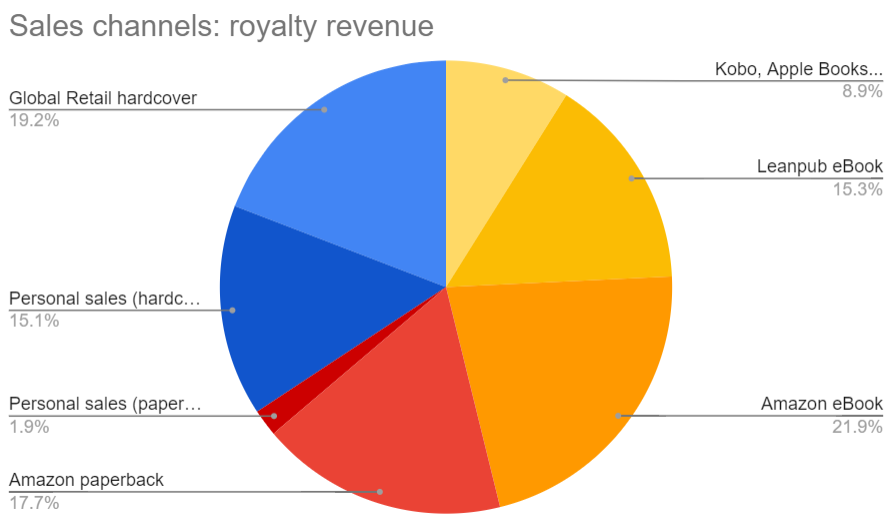 My total royalty revenue for Entreprenerd is now at about 2,451 euro, of which I've already been paid about 2,165 euro. I use the word about because I get reports in different currencies (euro, American and Canadian dollar, rupee...) but I convert that revenue using a factor that is constant (while the exchange rate changes from day to day). Sales will probably go up significantly in May because I was asked to present the book at an event and all the attendees will receive a signed copy. That reminds me: I should start signing some of those books so that I don't have to sign them all at once.