When people go to the Buy the book page of the Entreprenerd web site, they find links to different online shops where they can buy my book. Some of those links are affiliate links, which means that I get a commission on the sale. Those commissions aren't high (usually rather cents than dollars on each sale), but I mainly use those links for the reporting tools you get as an affiliate. When I consult these reports, I can see that some people bought the hardcover version of my book in the last handful of months. Because of this, I was expecting to see some hardcover sales in the reports of the Ingram Global Network, but that is not the case. 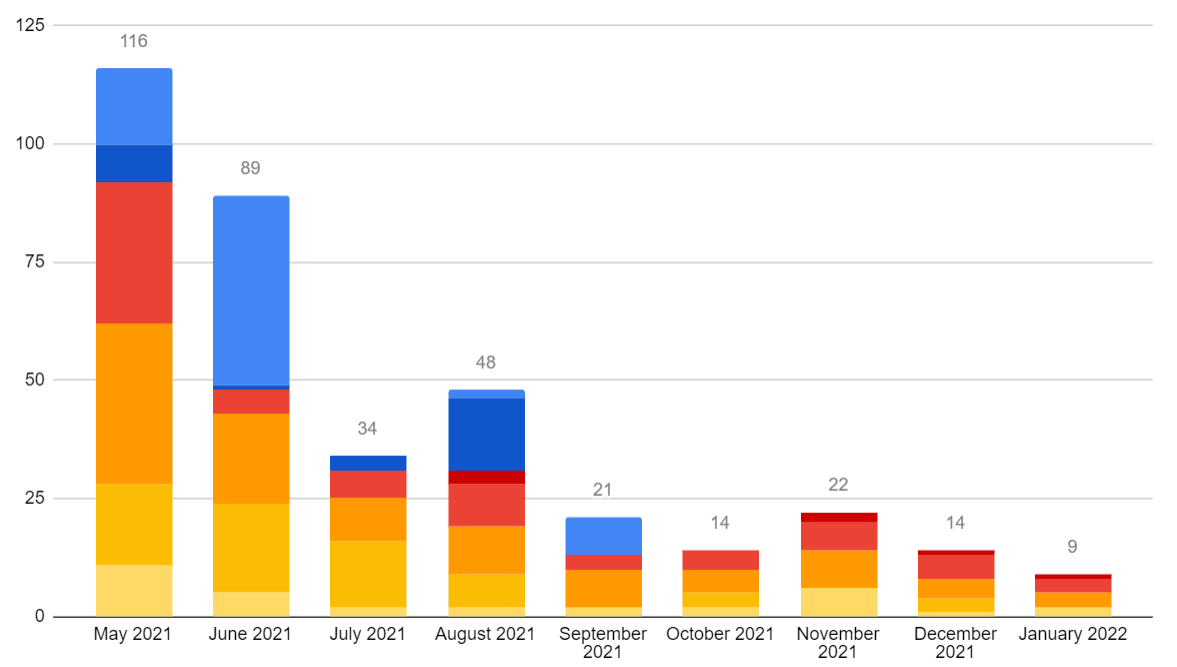 I sold 14 copies of Entreprenerd in December 2021, which is the same number as in October of the same year. With January 2022 half gone, I already sold 9 copies, but I didn't sell a hardcover version since September. There is only one way I can explain this: Amazon ordered a limited stock of the hardcover and isn't ordering any more copies until that stock is completely sold out. 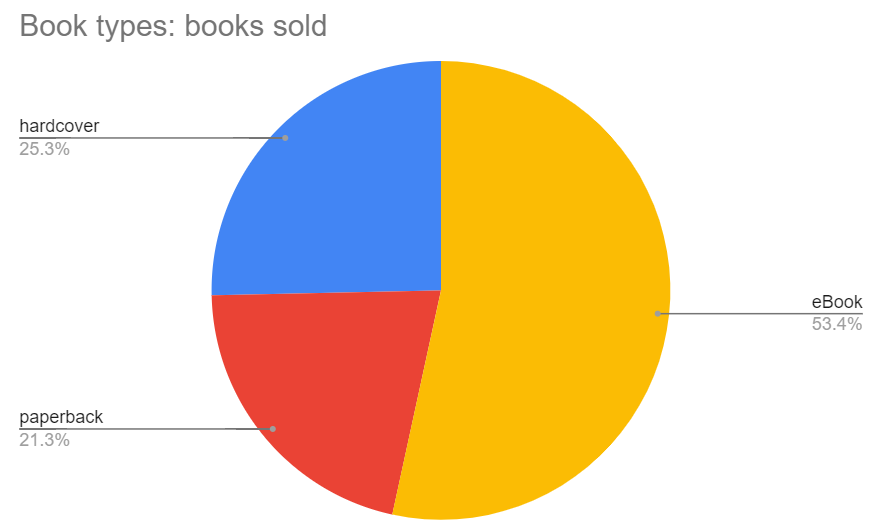 Not counting the hardcover sales, 46.5% of all sales go through Amazon: 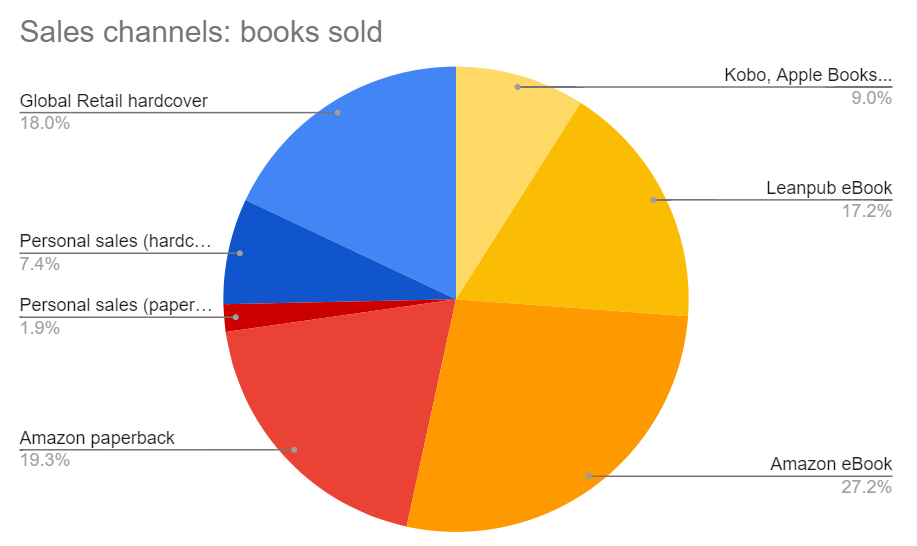 Unfortunately, Amazon isn't the most lucrative channel in terms of royalties per book. It's not surprising that I make more money with personal sales than when a third party is involved, but only sales through the Apple store resulted in a lower royalty than the Amazon Kindle sales of the eBook. As you can see, I raised the price of the books sold through Amazon for exactly that reason. 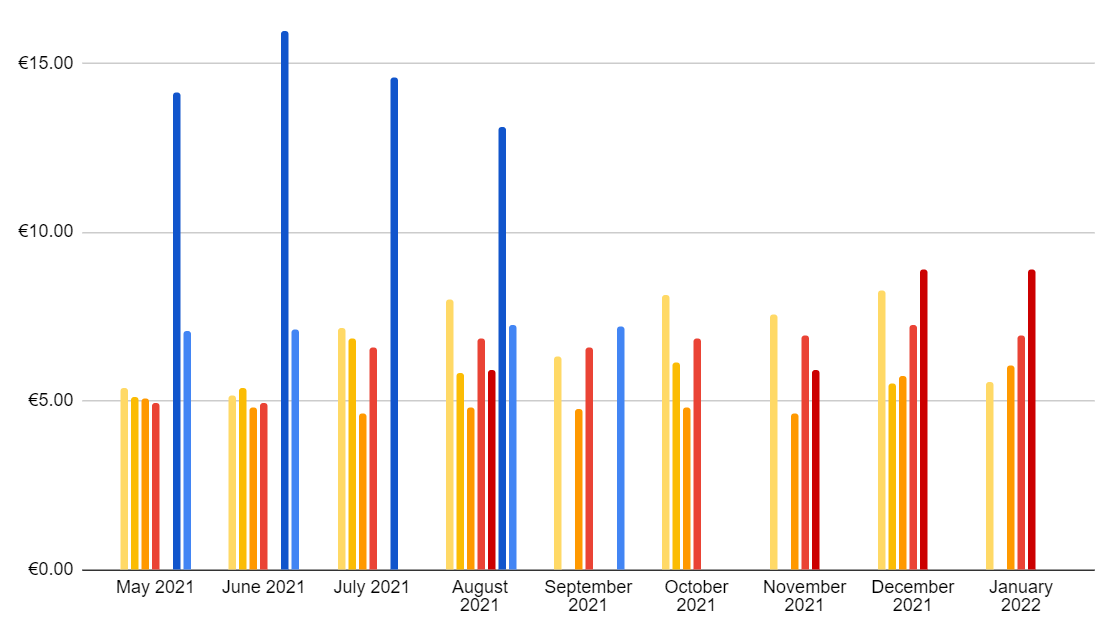 The next chart combines the information of the previous chart. It shows the royalty revenue distribution by channel by month. 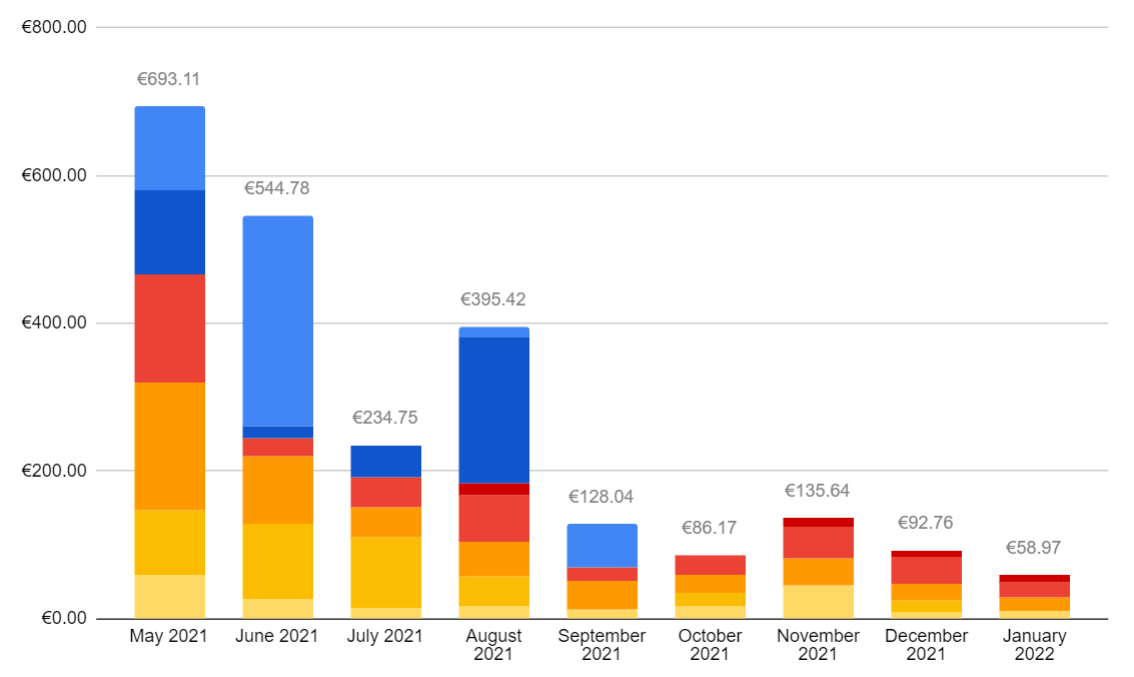 Adding up all these different sales per month results in a pie chart that shows the distribution of the revenue per channel between May 2021 and half January 2022. 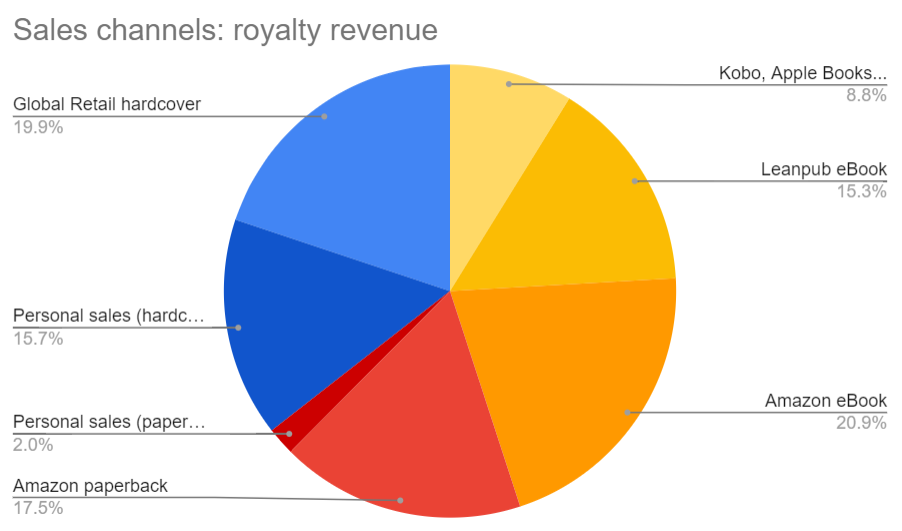 I have now sold 367 copies of my book, which corresponds with a royalty revenue of about 2,360 euro, of which I've already been paid about 2,080 euro. I use the word about because I get reports in different currencies (euro, American and Canadian dollar, rupee...) but I convert that revenue using a factor that is constant (while the exchange rate changes from day to day). I'm still very far from breaking even with the book.