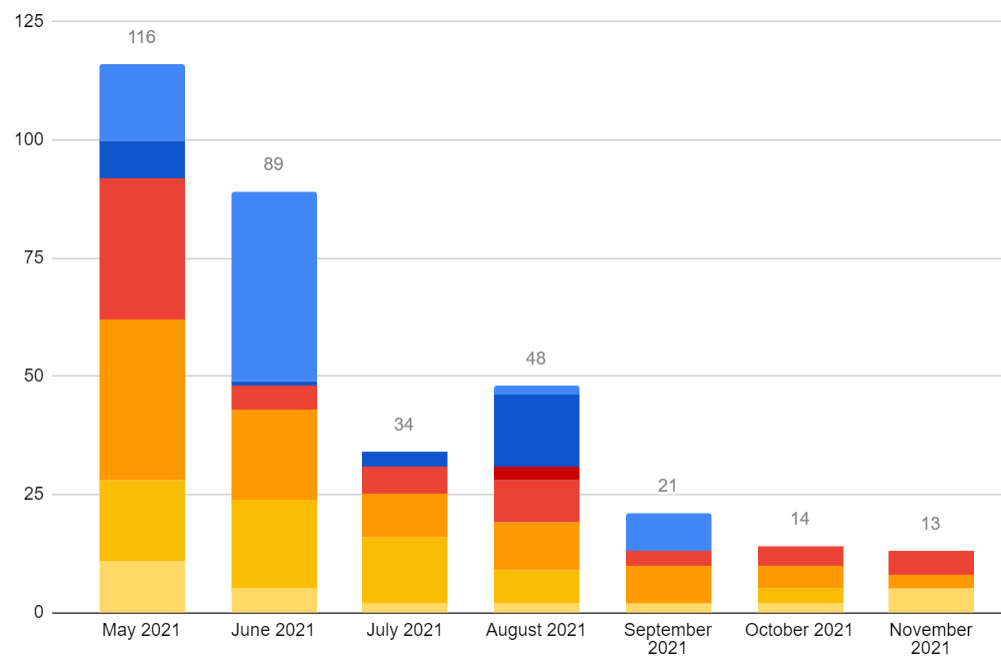 The deal I planned to make with the organizers of an event fell through because of amazon.fr screwing up my order. I placed it on October 4, but I haven't received a single copy yet and the event takes place the day after tomorrow. Dealing with customer support at Amazon turned out to be an extremely frustrating experience. 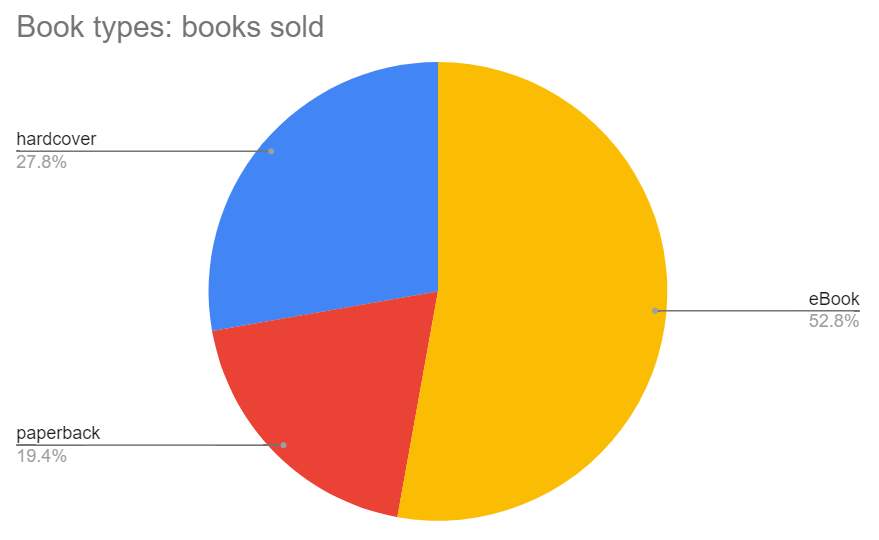 Despite their lousy service, the percentage of sales through Amazon increased: 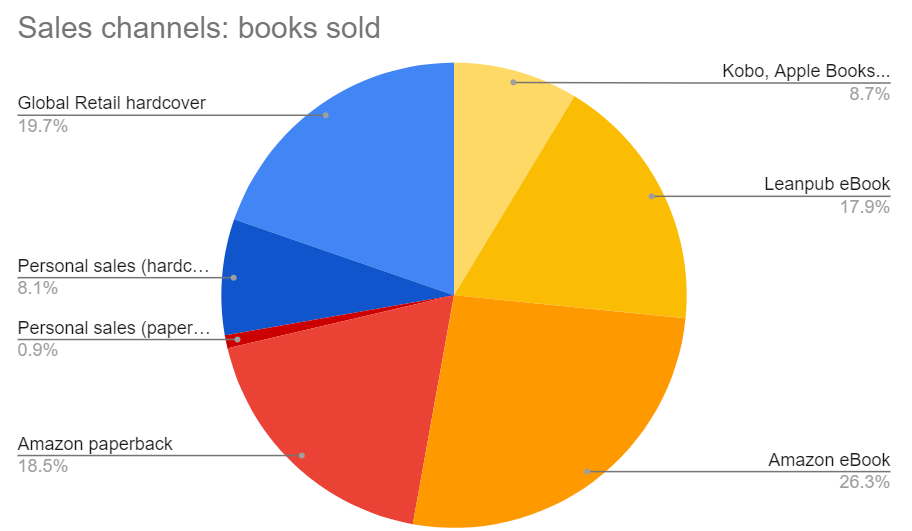 When we look at the revenue per channel, we see that Amazon isn't the most profitable one: 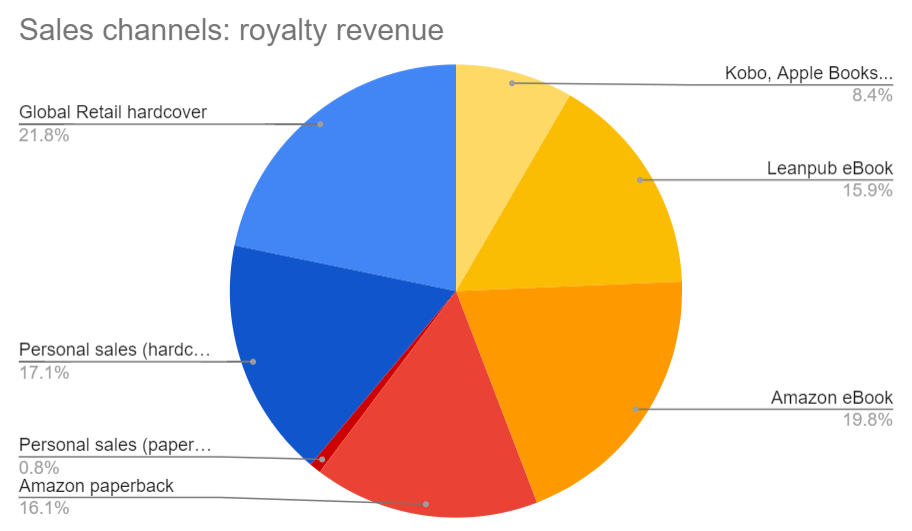 The total royalty revenue is now €2,166.67 of which €1,804.62 was already paid. In some cases, there's a waiting period before royalties are paid; in other cases, there's also a minimum threshold that needs to be reached before the payment is processed.

I also made a chart that shows the monthly revenue: 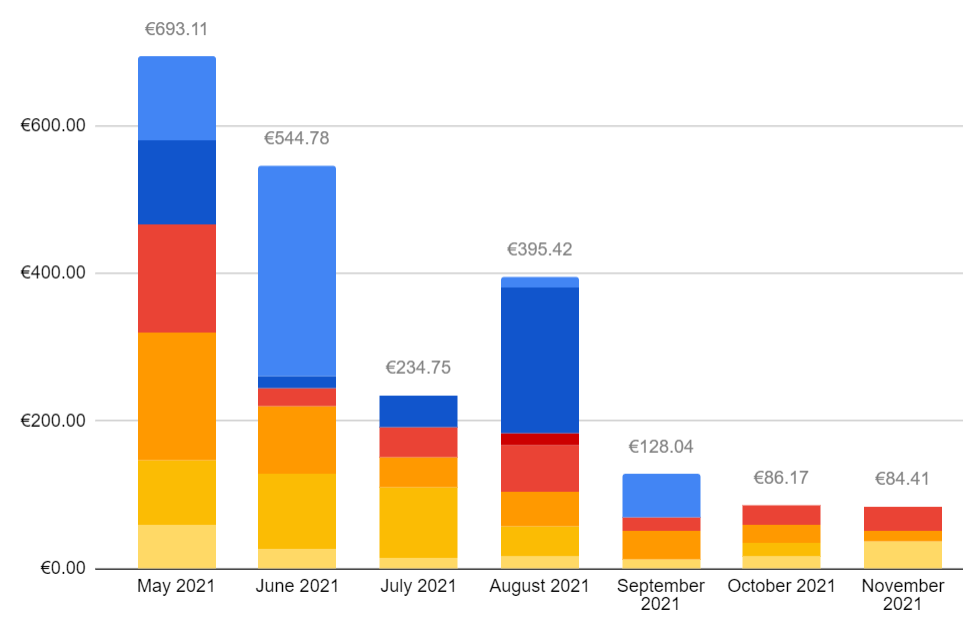 I made another chart showing how much I made on average for each book over time (note that I changed the price of the book a couple of times): 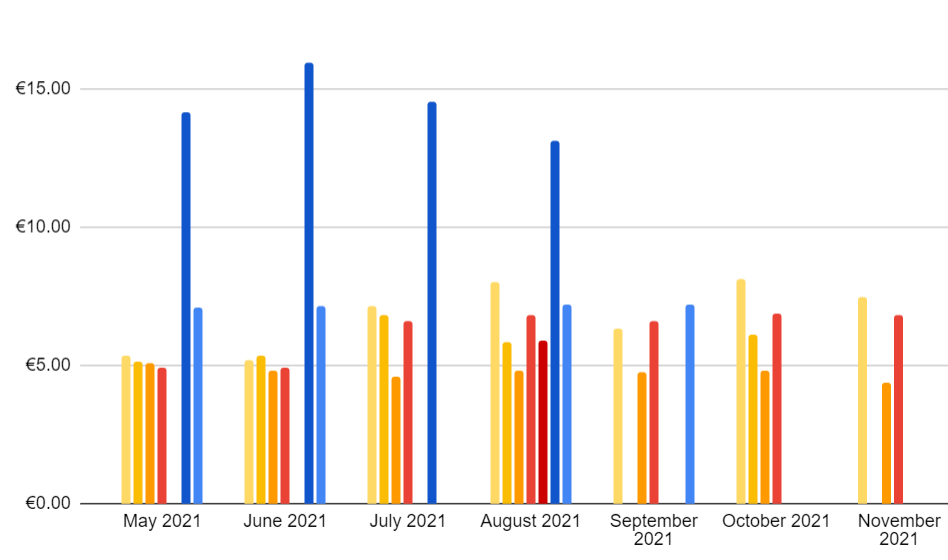 Let's face it: those are poor sales. I'm still several thousands of euros away from breaking even with the book. The reviews are great: 6 people gave the book 5 stars on Amazon and it has 6 votes and an average of 4.83 on Goodreads. This means that the people who read it enjoyed it very much, but there just aren't enough people who bought it. As a millionaire, I can live with that; as an entrepreneur, I consider it a failure.