I planned on creating a blog post about my book sales halfway each month, but for this month's post I waited, and then I waited some more.

First I waited for the longlist of the Business Book of the Year Award 2021 by the Financial Times and McKinsey. I knew it was a long shot; it would be highly unusual if a self-published business book made the cut, especially now that 600 books were submitted (instead of the usual 300 to 400 entries). Nevertheless, I was somewhat depressed when the list of fifteen books was made public and mine wasn't on it. I consider myself a great winner when I win, but unfortunately I am also a bad loser when I lose while I'm convinced I should have won. When asked about the personality trait I'm least proud of, that's my standard answer.

Then I kept waiting for the Global Retail Network sales numbers of the hardcover. I usually get those in the first week of the month, although there has been an exception in the past where I only received them on the 14th of the month. Now that we're already the 18th, I have to assume that not a single hardcover was ordered in the month of July. Either not a single hardcover was sold through that channel, or the retail sellers still had some books in stock from the previous month.

So far, I have sold 261 copies. That's one a day in the past month, and almost three a day since the book was released. Entreprenerd could really use some word-of-mouth marketing. It gets great reviews from the people who read it, but it's hard to convince people to start reading it.

This being said, this is how the sales of the 261 books are distributed per type: 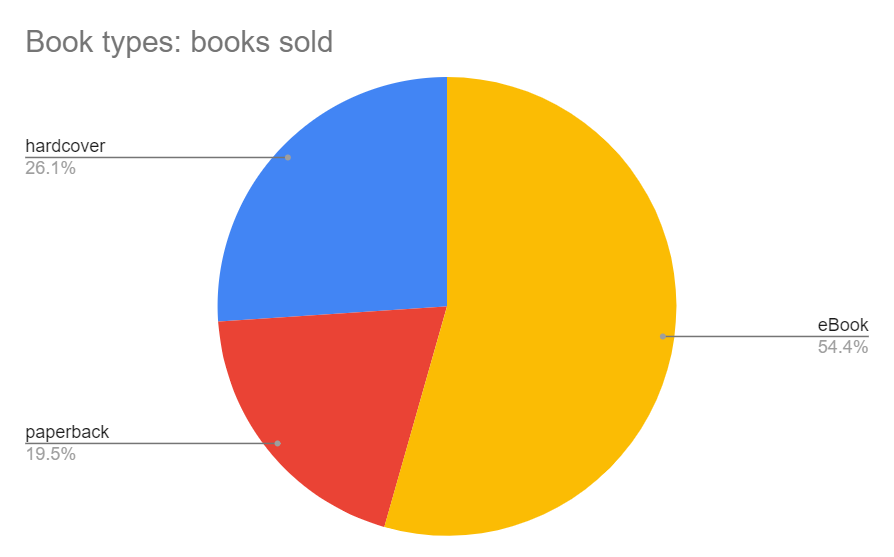 The lack of retail sales numbers for July, results in a lower percentage of hardcover sales, but otherwise there's very little difference when you compare this month's chart with last month's.

If you look at the different channels, you see that Amazon is still the channel most buyers prefer: 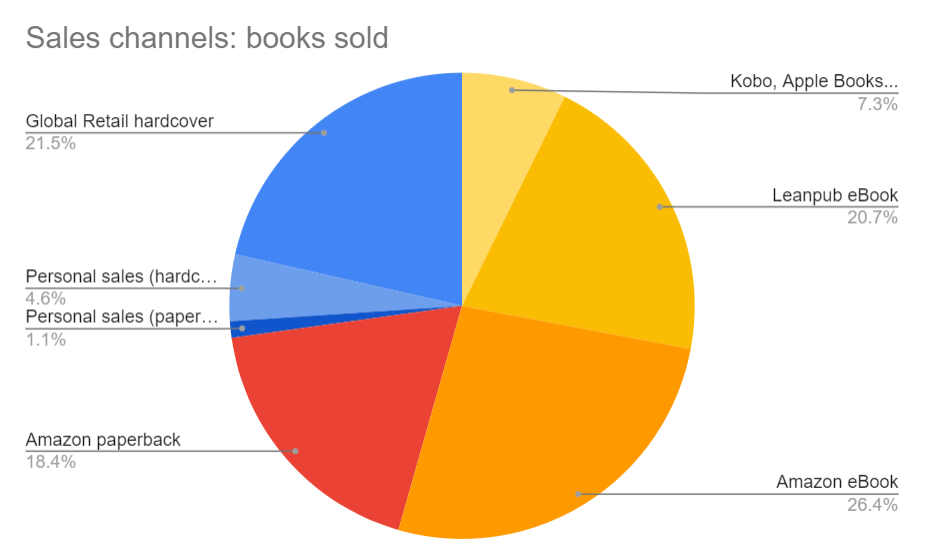 Kindle eBook and KDP paperback sales went up from 43.8% to 44.8% despite the fact that I increased the Amazon price and decreased the price on the other channels. People are still willing to pay more to get the book from Amazon, even if they can get it at a lower price elsewhere. That's a pity, because Amazon is taking more margin on every book I sell than most of the other channels:

I know that frustration is part of the game and, as I explain in the book, frustration is always temporary, but that doesn't mean that it doesn't hurt that I've put that much effort into creating the best book I could produce, only to sell 261 copies in the first three months it's available.