All the metrics for the Entreprenerd web site went down in February:

I know that February is a short month, but that's not an excuse: I compared the 28 days in February with the last 28 days of January. Also, the average time on the site went from 4 seconds to 2 seconds. That's not a good result.

On the plus side: the strange hits from Finland and The Netherlands are finally dropping again. I have no idea what caused them, but I'm happy they are finally disappearing.

There's not much change in the order of the websites that cause people to visit the Entreprenerd web site. Unknown is always followed by Baidu, Twitter, and Google. I don't think those Chinese hits caused by Baidu result in book sales, but when I look at the book sales so far, I can see that I had more sales in February than I had in October and December last year. 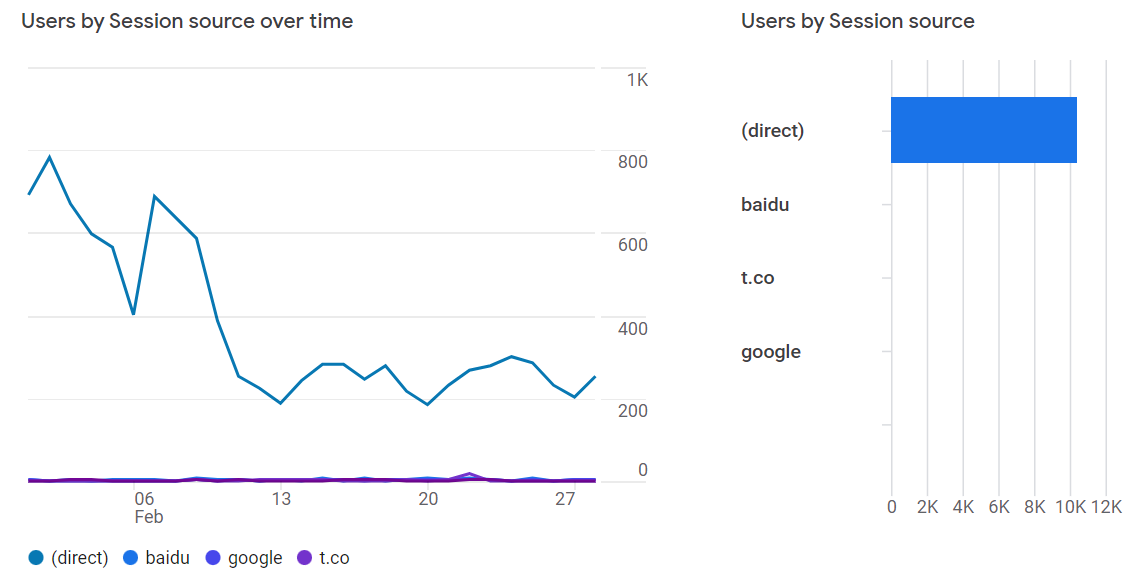 The Google Search clicks increased (from 23 to 36), as did the total number of impressions (from 1.69K to 4.03K), but I still don't know how trustworthy those metrics are.

When I look at the top queries, it looks as only 14 people visited the web site after performing a search, whereas 36 are expected.

This error doesn't occur when I look at which devices were used. This overview shows 36 clicks.

I didn't follow the advice I gave myself last month, that is: I didn't write any comments with a self-promotion link to the book. Fortunately, two people tweeted about the book, and each of these tweets resulted in (at least) four book sales. It's always better to have other people promote your book. In terms of reviews, I also saw an increase of positive votes. On Goodreads, the book now has 12 votes with an average rating of 4.58 (out of 5); on Amazon, 11 people voted, resulting in an average of 4.9 (also out of 5). Those are great results, but I still could use some more sales.